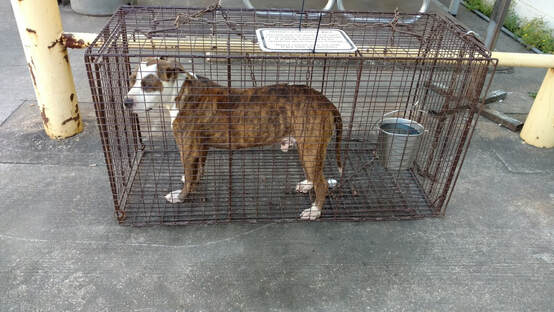 Everyone at my day job knows that I’m a dog trainer on the side.  That means that every time an animal shows up at work, someone lets me know.  There have been several cats and kittens that have successfully been saved and sent off to rescue.

One day, someone told me there was a dog out back by all the equipment and parts.  I went looking and didn’t find him until someone called me at the exact moment he was in sight.  I immediately grabbed a slip lead and some treats out of my car and headed out to find him.   When he saw me, he came running to me, almost.  I tossed him a few treats that he gobbled up.  After a few minutes, I set my slip lead on the ground and placed a treat in the middle.  He went for it, but when I pulled the leash, I missed.  He wouldn’t fall for that trick again.

He spent at least two weeks out there.  He endured nights of horrible thunderstorms.  He ate breakfast burritos that the shop guys shared with him daily.  I even went and got some generic dry dog food to leave out for him so that he would not starve.  He was already skinny.
​
Finally, on April 9th, 2019, I called Animal Control and asked them to come set a trap for him.  Within an hour of the trap being set, he was in it.  It took Animal Control several hours to come back out to get him and the trap, so I kept checking on him.  When they came to get him, I was there to give him a little love and tell him goodbye. 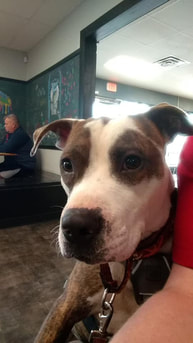 It turned out that he did not have a microchip and no one claimed him.  One of the shop guys said he would go to the Humane Society and adopt him.  I gave him the information and even printed out the application for him to fill out and take up there.  I couldn’t understand why this poor, sweet and beautiful dog remained at the Humane Society.  After a few weeks, the shop guy told me that his wife would not allow him to adopt him.

The Humane Society named him Cedric.  I visited him several times and I told his story to several people, including my husband.  Finally, after a month in the shelter, my husband agreed to let me bring him home.  I went down and filled out the paperwork on a Thursday.  I picked him up on Friday, May 9th; exactly one month since he went to the shelter.
​
I picked him up from the veterinarian that just did his neuter surgery and took him with me to meet my husband at a local brewery.  The name Cedric didn’t fit him, so we tried a few different names to see how he responded.  When we got to the name Loki, he responded.  He had his new name. 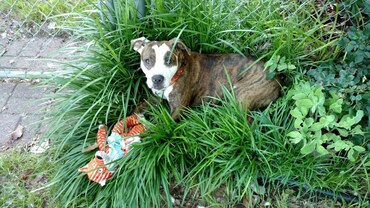 After the brewery, it was time to take him home and introduce him to the girls.  Everyone was on leashes, then I took them for walks with him; one at a time.  When we were sure they weren’t going to kill each other, we allowed them in the back yard, leashes still attached and let them figure each other out.  After that, the rest is history. 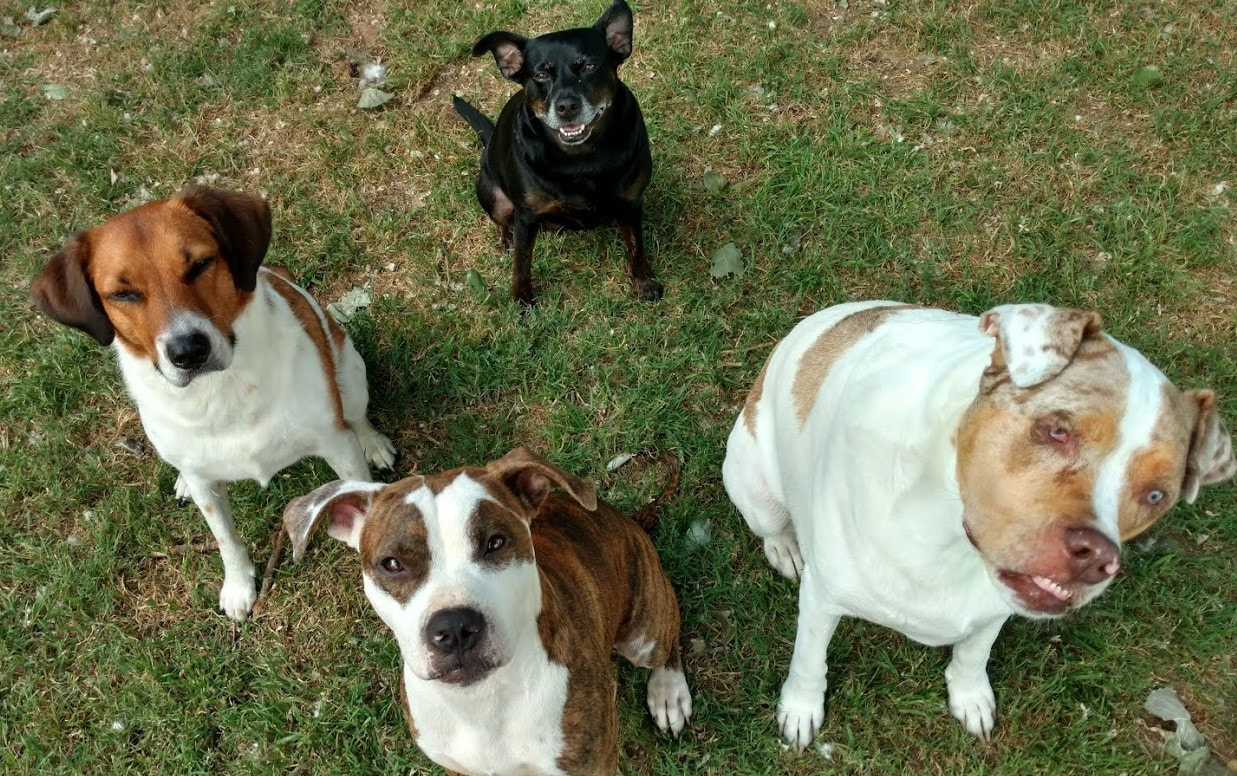